Working demo's of my translation tools and other misc tools

Dedicated forum for the translation of the PSX game "Gunnm: Martian Memory"

Working demo's of my translation tools and other misc tools

This is a demo version of my script editing tool.
Nothing can be changed or edited as it is for preview purposes only!

On first load the font make look weird!
Be patient as the page loads a 2 MB monospace font needed to make it all look good.

The tool itself is NOT finished as it is lacking a few tags (leading, kerning and margin tags) as well as the unknown ones.
But it can be used perfectly to translate all the texts.
It's just that the preview window may not reflect the emulator 100%.

This tool gives a quick preview on how the text will look in-game.
Editing is easy: Just replacing the Japanese for the English and tweak the text box though the special tags.
Tags can be used to change font color, font size, alignment, box sizes and location on screen and more.
This will take the stress out of manually editing the iso and verify every single line through the emulator.
No more edit, rewrite file, load emulator, check, rinse and repeat.
After a scene is completely edited, the "Rebuild" button can be pressed and the LDP file is rebuild and ready to replace the one on the ISO.

[edit]
A new tool for the text in .E files as well as the main executable:

A new tool used for scene jumping throughout the game:

This is NOT to be used for regular gameplay as it WILL break the game.
For text translation verification use only, and even then it will not always work.
It brute-forces the game to load a particular scene messing up the whole flowchart.

1) Load the game in ePSXe
2) Load the scene jumper program
3) Stand in front of Ido's office on the 4th floor and select what scene/part to wish to jump to.
Click the "Set new jump" button. 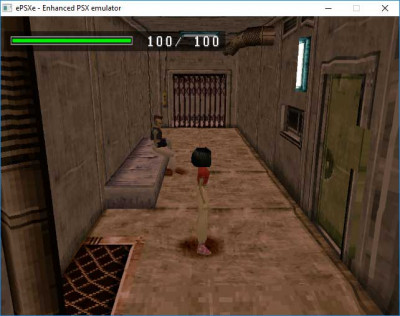 4) Walk through the door and pray the game doesn't crash.

The scene jumper program also keeps track in what scene you are currently in.
I'll add some more functionality later.

Only a visual demo of the file structure.
GUNNM PSX TIM Demo

This will edit the printable character dictionary for the game in conjunction with the .KNJ file.
Text space is very limited in translating texts in the main executable and .E files but there is a way to stretch it out.
Every character is a 13x13 pixel image.
If all the kanji characters are dumped out and the roman characters, numbers and regular ?!"; etc is put in, then i can "draw" words out in smaller font.
This allows 3 or maybe 4 characters to be printed on screen with only the cost of 2 special referenced characters.

Not the most elegant, but the most practical.
Top

Re: Working demo's of my translation tools and other misc tools