moooV please show us all your brand new pictures you did, they seem to be very nice!
Top

I wasn't posting it until it was ready enough, that's all.

Now I've finished it, so here it is: 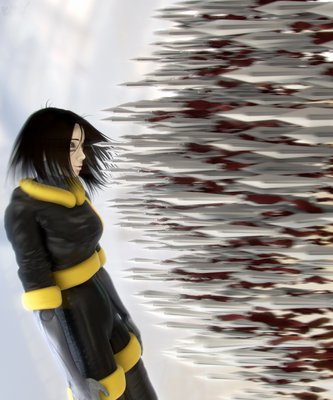 Dude. I think everybody's brains shut off from the sheer awesome.
Top

I never know what I'm going to do next, even the most stable and solid plans change completely. I wanted (and still want) to do so much, but unexpectedly something completely different has appeared.
I've had a terrible insomnia for several days, so I've made this. Everything has taken about 5 days.

About 50% is done, and I want to finish it until I leave for the rest of the summer to the south on a vacation 4th July. I won't be here until the end of September, if I won't find the internet there.

The images are very raw and just previews, nothing more than that. 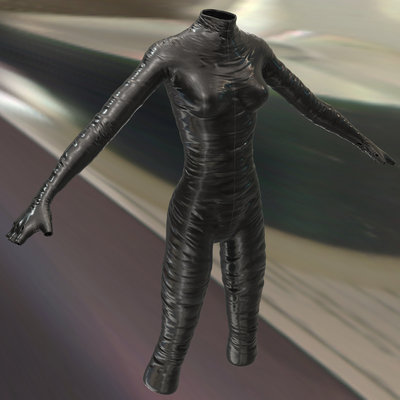 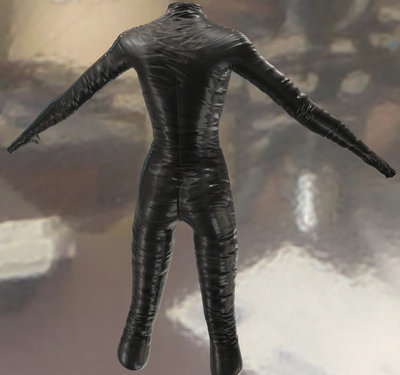 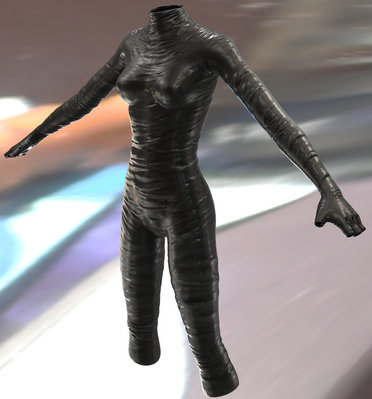 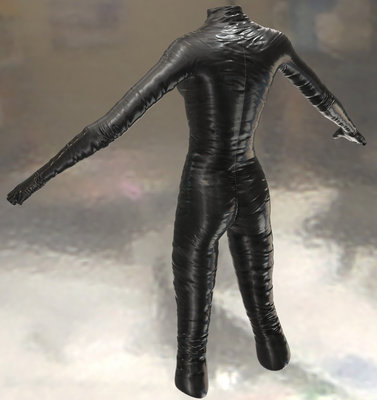 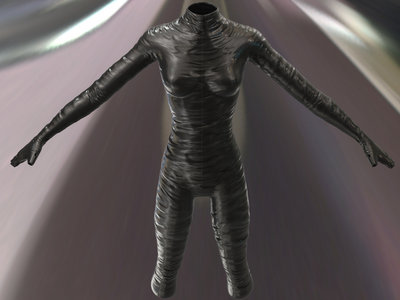 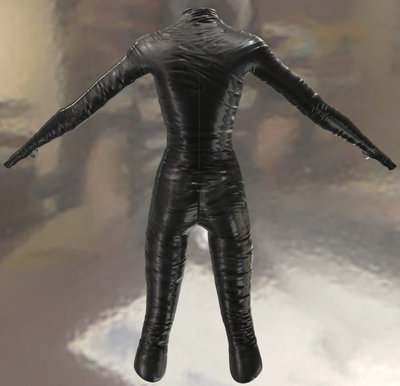 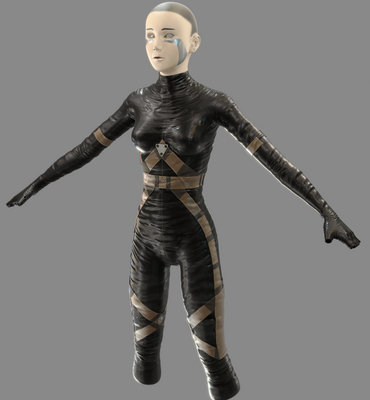 I hope your insomnia will increase, so that works of yours will proceed.
Top

So, here's what I have so far.

I wanted to finish everything before my departure on a vacation, but I couldn't - I was too caught up in making the small details, trying to make everything perfect, so the boots, fingers, and the gun are left to be done later.

However, I've tried to make it as detailed, developed and photorealistic as I could.

I didn't have time to render out the hair - there is no need for that right now: the point is to show the suit.

Anyway, here are the images of what I have right now. They are huge - 5000 pixels in height, because the lower resolution isn't enough to hold all the details and the cool stuff like scratches, chipped edges, stitches, seams, speculars, wrinkles, and all that.

Open them in high-res - that's worth it. 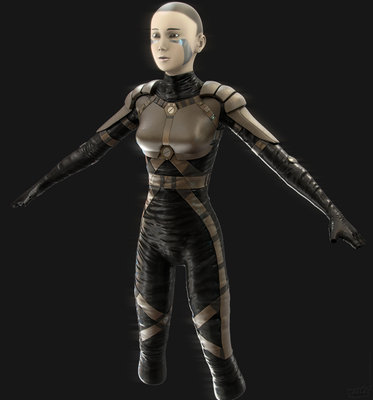 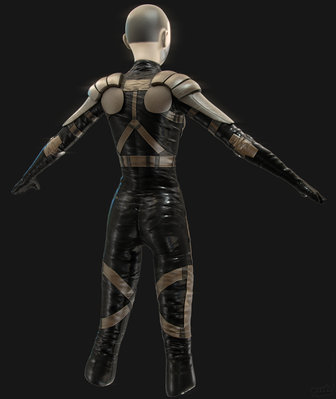 The "tuned agent suit" looks very promising, it is my favourite. Don't forget to add the cloak later.
The Hell is here, life itself is hell and humans are at the same time the demons and the damned.
Top

The suit looks so awesome

Details are great, like the wear and tear cuts/wrinkles
To bad we have to wait for the completion.

Anyway have a great vacation.
Going to "diarrhea country" again?
Or somewhere else besides Egypt

Looks very nice indeed, but I think I am more waiting for your avatar image to be completed, seems very nice with all the sun rays on it!!
Top

I have several images nearly finished (80%-95% ready) and I have some about half done.

I'll show them in September, because I'll have to adjust the colors using a good display - right now I'm on a vacation using a laptop, which has really bad matrix. It even shows the white color as yellow!


The image on my userpic is this one.

I've completely redone it and even mananed to match the original nearly perfectly.
Moreover, I've sculpted the muscles to be more vivid - just like kamugin had suggested some time ago.

Also, it isn't and exaggeration to say that I'm having a level up with it - it's the most advanced thing I've done up to date. I couldn't even beleive I would ever do something like this even a half a year ago.

I'm trying to make it it not to be a failure like the previous one, which was a failure, but I don't know why exactly.


Several small previews (the colors may be wrong):
Spoiler:

The o-lips are also included:
Spoiler:

PS.
I've done more, much more. For example, this one is about 50% complete.

Also, I've finished the tuned - including the handgun and everything else. Just wait for September.

A small part of a T-pose image:
Spoiler:

You're becoming redundant. Your work is always great!

A hypothetical: If an Alita video game were to be made, would you sell your models?
Top

Gatekpr wrote:A hypothetical: If an Alita video game were to be made, would you sell your models?

I don't think so, simply because making a model like this is a matter of one or two weeks (or much less, I don't know) for a studio - it just doesn't worth it at all.

Also, the imaginos body model is so buggy that I'm starting to seriously think of redoing it from scratch, because it's a sort of a legacy thing - I didn't know many things when I was making it, so it's quite hard to use and I have to fix a lot of errors by hand for each image.

Also, the design of lines and features correspond to muscles poorly (in terms of anatomy), and I don't like the vertical lines on the side of a belly. I've managed to make it look nearly correct for an image on my userpic, but I'll have to do it again and again manually for each image I'll do.

I've used a ton of photoshop filters on it to make it look more like a drawn image - as a preview it's better this way. Of course, the finished version is going to be completely different (the post-processing isn't finished yet), high res, and without any photoshop filters.

This image is more than 50% ready, but right now it's in a low resolution and in a very low quality, because I've rendered it using my laptop, since the gateway server situated at home has physically died due to a power failure and I'm cut off from the render node.

Because I'm on the other side of the country right now, to get everything in high res and in high quality, I'll have to wait for September anyway, since I'll have to get home and fix all the hardware.

So, here's the image preview (a lot of photoshop filters, low quality, low res, very buggy, and wrong colors due to my laptop's crappy display). If you don't want any spoilers - don't open it.

The realistic proportions of the model doesn't fit that pose, imo of course.
Top

I am not a critical (not exactly) once I have no idea of the techniques.
All I can do is to compare with the original image.
Yes, it is a great work.
Top

I just now realized that in the original picture, Alita has quite big boobs and a big head, compared to her body. At first, your version was strange to look at but I quickly came to like this more realistic view... Man, I can't wait for the turntable version

I've changed the camera settings and re-rendered it.

Now it looks a bit closer to the original and a lot better generally. Also, I've nearly finished the post-processing, so it would be a quite different image. Anyway, I won't show it until it's finished - a spoiler like the previous one is enough.

PS.
I have some other things also. Just wait.

A small spoiler of what else I have.

This image is going to be a test one, as well as the other GLO images I currently have (yes, there are several more, including the unfinished image on my userpic) - the purpose of these images is to test if I have enough skill to do something even more advanced, what is a challenge by itself. And I won't start it, until I won't be 100% sure - I don't want to fail it like I've failed the one where she's sitting near the window.

But anyway, I'll have to make everything I have right now absolutely flawless (at least, to some extent).

These screenshots won't give even a glimpse at the image itself, but they illustrate it quite well (and I've sculpted the muscles there on her back and arms to be more vivid also).
Spoiler:

: D Ah! That's one of my favorite panels from GLO (If I'm not mistaken, it's late, I may be guessing wrong.)

Right before she kicks that robot off the platform she's landed on, after she flips herself back up (If I'm wrong, ignore me, I'm silly.).

Cool model! Keep it up!

The most technically advanced thing I've ever done. It has consumed a month of my time to make and adjust everything and a lot of computational resources to bring it together. 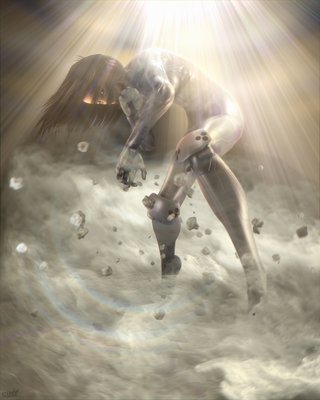 The most technically advanced thing I've ever done. It has consumed a month of my time to make and adjust everything and a lot of computational resources to bring it together.

Brilliant! Simply brilliant!! I haven't got words. Have I said it's brilliant?
Top

Maybe, this would be interesting.
I'll leave it here, just in case.

Also, I've forgot to post it the last time. Here's the breakdown for V4 cover.

But I'm wondering, you are using really advance technics for 3D rendering, why not using a software such as Indigo for example, which uses MLT, to produce your images, it would be a lot easier. Unless you like doing it!!
Top
Post Reply
299 posts